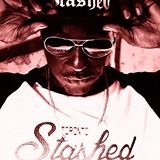 Church is a complete MC which possesses all credentials that hip-hop legends are made of. Lyricism, Diversity, Great Flow, Raw Freestyle Skills, Creativity, Street Cred, & SWAG. These have proven to be the ingredients that make legendary MCs. Growing up in a Cooperative housing unit in Toronto, Church was known for his freestyle / battling abilities. He knew that one day he’d expose his creative song writing ability to the world by recording tracks. However, being caught up in the hustle to make ends meet led to rap becoming a hobby, not a priority. In late 2008, the same hustle led to a tragic incident which left him fighting for his life, but he defied the odds by making a complete recovery to the surprise of even his doctors. Church returned to the scene and after finding out the hard way that tomorrow isn’t always promised, he knew it was time for a change. After making a recovery, he was then reached out to by a childhood friend who shared the same musical and business interests. The love and support has been incredible since the release of some recorded material, and there is no doubt that this is what Church was built for. This is also bigger than just one artist, this plan is to unite Toronto talent and make it a prominent Hip-Hop spot. Now that the goals are set, there’s no looking back...